Only two months after creating the Vehicle-to-Grid Public Key Infrastructure (V2G PKI) in cooperation with UL Solutions and Irdeto, CharIN’s V2G PKI was successfully tested in camera at a special Plug & Charge test event at ElaadNL Testlab facilities in Arnhem, The Netherlands on November 23, 2022.

Members from CharIN and Plug & Charge Europe project members were present at the test event. The latter organized and ran the tests in an end-to-end environment in collaboration with Hubject, Gireve, and E-clearing who provided the required ecosystem services for certificate exchange and signing within the testing environment. All beforementioned ecosystems are open to support any open V2G PKI based on ISO 15118.

The tests proved that CharIN´s V2G PKI will be supported by all ecosystems (Hubject, Gireve, E-clearing) and thus, enter the market as a neutral player.

Multilateral collaboration is an important step towards standardization and interoperability of PKIs and ecosystem services. CharIN ensures and promotes the cooperation between multiple ecosystem service providers. The successful testing also heralds the start of CharIN’s V2G PKI services. Thereby, CharIN is offering two versions of the system to its subscribers, based on the current standard ISO 15118-2 and the updated standard ISO 15118-20

Plug & Charge Europe was launched last year in March by the commitment of 13 cross-industry companies within the CharIN community to implement a PKI which is operated by an international and industry-wide accepted organization (see also our Press Releases dated April 20, 2021 and July 12, 2022).

The project team proudly states that “After some initial bug fixing, the CharIN PKI was successfully tested during different test cases and with various market players in combination with the three ecosystems. It was a great and very useful event to identify potential technical issues when changing the test setup and running the tests with other partners. Of course, it was also joyful to celebrate the successfully completed implementation with the Plug & Charge Europe members after a long journey. However, the main work is yet to come, and we are looking ahead to the actual rollout of Plug & Charge through the CharIN PKI.”

Parts of the operative governance of the CharIN PKI will be taken over by the current Plug & Charge Europe project team. P3 Group is operatively supporting the PKI activities as Management Authority.

Irdeto, the world leader in digital platform cybersecurity, and UL Solutions, a safety, security, and sustainability company, will operate the V2G PKI on behalf of CharIN.

Commercial and technical guidelines such as the Terms & Conditions and Certificate Policy can be found on the CharIN homepage. For further information or certificate requests, please contact pki.ma@charin.global. 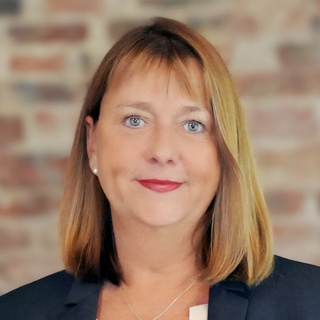 How to prepare for the Megawatt Charging System

Open page How to prepare for the Megawatt Charging System

Open page CharIN Response to Tesla Announcement to Open the North America Charging Standard
The vision of a cleaner and greener future.
CharIN Ambassadors support our alliance!
Visit the data center to find out about global impact.
Charging the future together and electrifying people.
Download