While the EV industry in the United States has experienced some growing pains, the market is working to learn and advance a seamless EV driver charging experience though interoperability testing events around the world organized by associations like CharIN. CharIN has hosted and facilitated interoperability testing and demonstration events in the United States for the past eight years. From our first 2014 testing event in Chicago to our recent testing event in October 2022 in Portland, Oregon, CharIN has a demonstrated history of convening e-mobility companies and technology experts to conduct hands-on conformance and multivendor interoperability tests involving electric vehicles, charging infrastructure components and chargers, electric control units (ECUs), and communication controllers based on CCS (and next year MCS) including the ISO/IEC 15118 standard. CharIN has successfully built support for EV charging standards in North America, such as the commercial deployment and public announcement of Electrify America (and other charge point operators) to use Plug & Charge as a direct result of CharIN’s Testival events and other collaborative activities.

CharIN’s position is that the correct implementation of open standards will ensure long-term interoperability and reliability and that the communication protocol, ISO/IEC 15118, including Plug & Charge, is a major solution to preventing no-charge failures. Public testing events are one avenue to verify correct implementations of standards like ISO/IEC 15118 (including Plug & Charge), such as the upcoming VOLTS Interoperability Event planned for Spring 2023 in California and funded in part by the California Energy Commission.

CharIN’s members are interested in and supportive of more frequent and flexible interoperability testing at established locations to supplement these successful testing events, which will become increasingly important as the industry expands and the number of charging equipment vendors increase. CharIN North America is developing plans to set up a permanent public testing facility to aid the EV industry and foster broader collaboration through interoperability testing via an affordable self-certification option. The CharIN community can provide technical guidance, oversight, expertise, and time from volunteers to supplement this activity. CharIN is experienced in bringing the technical expertise from its members and access to industry stakeholders to help advance interoperability and reliability, as already achieved through Testival events.

CharIN managing the Interoperability Test facility would ensure the latest equipment is supplied by its member organizations. Further, CharIN interoperability testing could become the benchmark for quality and reliability that would provide assurance of a consistent EV charging experience. CharIN’s Interoperability seal of approval would further bolster confidence for the charging Eco system while bring EVSE manufacturers, Charge Point Operators and vehicle OEMs together to help achieve a common goal of “A No Compromise Charging Experience.”

CharIN North America proposes that the U.S. federal government partner with CharIN to create a permanent, industry-led, and supported facility to provide reliable and low-cost EV testing. Given the time-sensitive nature of the National EV Infrastructure (NEVI) Program funds, companies would significantly benefit from this type of a testing program to comply with required public infrastructure technical standards. To drive greater accessibility to the testing facilities, it is possible CharIN could also establish a second testing site in a different geographic location, depending on demand. 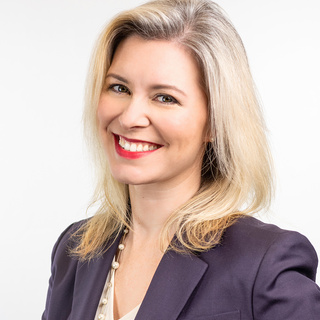 Proud to be appointed as a member of the European STF sub-group...

Open page Proud to be appointed as a member of the European STF sub-group...
The vision of a cleaner and greener future.
CharIN Ambassadors support our alliance!
Visit the data center to find out about global impact.
Charging the future together and electrifying people.
Download